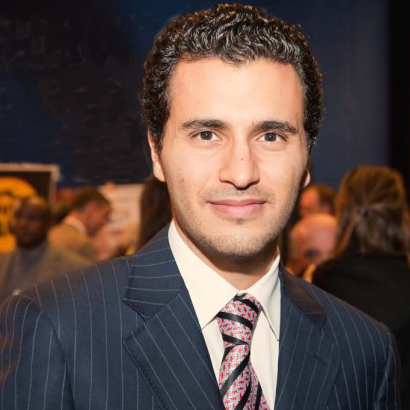 Ronald Chagoury Jr. is the Vice Chairman of South Energyx Nigeria Limited currently working on Eko Atlantic. The project consists of the construction and development of a high-tech, environmentally friendly city in Lagos, Nigeria. Ronald Chagoury has been actively involved in the Eko Atlantic project since the start of land reclamation in 2008.

Eko Atlantic has been a fulfilling opportunity for Ronald Chagoury, as it has allowed him to learn more about urbanism, construction, real estate development, green technology, environmentalism, and sustainability.

Ronald Chagoury Jr. is a Representative of the Chagoury Group and Vice Chairman of Eko Atlantic, where they’re excited about the work being done to bring Africa to the forefront of global standards and renewable energies.

For Ronald, sustainability and environmentalism are more than just an interest; he understands that they’re the very foundation of the future. When he was studying in university in 2002 – back when electric cars were too expensive for the mass market and solar energy was too costly an option to be feasible – Ronald was learning and predicting the ways in which renewable energy would take over the market in the coming years. As climate change grows to be a more imminent threat, the push for renewable energy has only grown.

Now in his career, Ronald has started looking for silver bullets for climate change, the most significant ways we can halt climate change and reverse its effects. One of the cheapest ways we can reverse carbon emissions is by halting deforestation, allowing our planet to use its natural resources to clean the air we breathe.

Another silver bullet that interests Ronald is how we can create cleaner cities and make existing cities cleaner and greener. It’s this interest that has sparked a green initiatives from Eko Atlantic.

Together, he and the team are developing Eko Atlantic, a dynamic new city being built in the Atlantic Ocean on reclaimed land adjacent to Victoria Island in Lagos, Nigeria. Poised to be the new economic Capital of Africa at 10 million square metres, Eko Atlantic is an answer to the ever-growing population of Lagos.

Eko Atlantic is designed to meet the highest standards, including plans to develop an international business district and a marina front district ripe with hospitality.

In the face of how the media tends to belittle Africa, Ronald Chagoury Jr. is excited for Eko Atlantic to show the world all the ways in which global standards are being set out of Africa.

Learn more about Ronald Chagoury Jr. and the work he’s doing in environmentalism and sustainability by visiting his blog page! 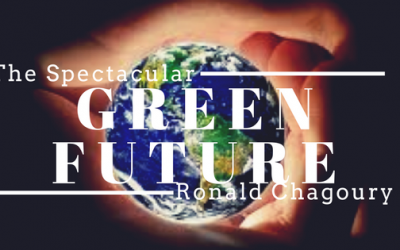 Can You Imagine A Green-Energy Future? Hint: It’s Pretty Spectacular

It happened quietly, and without much fanfare. Much of the world is so focused on the necessity of dirty energy like coal and oil — who has it, how to get it, how much is left — that we barely noticed when renewables became competitive with fossil fuels when it comes to cost.

END_OF_DOCUMENT_TOKEN_TO_BE_REPLACED 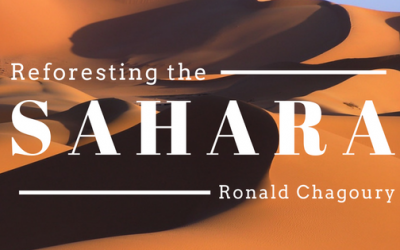 Reforesting the Sahara: Hope for Africa and the World

Today, of course, the Sahara desert is harsh and dry, largely uninhabitable for people and agriculture. Even more concerning, the desert is advancing at an alarming pace, creeping into land that is vital for the people who live in bordering nations. Driven by drought, climate change, and unsustainable practices like overgrazing, desertification is fast becoming a global problem. Luckily, the Sahara is also a source of hope.

END_OF_DOCUMENT_TOKEN_TO_BE_REPLACED 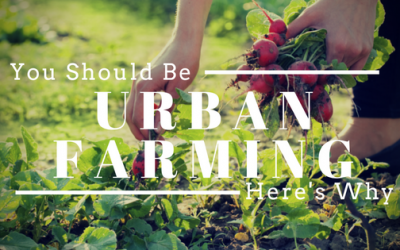 You Should Be Urban Farming Already! Here’s Why

No matter who you are or where and how you live, the food you eat plays a huge role in your daily life and happiness. Rapid global urbanization and the industrialization of agriculture mean that people everywhere are becoming more and more disconnected from the source of the food that sustains them. Why are so many rebelling against this trend by growing their own crops right in their city homes on balconies, backyards, rooftops, and roadsides? The reasons are many, and the benefits are spread across all spheres of life.

END_OF_DOCUMENT_TOKEN_TO_BE_REPLACED 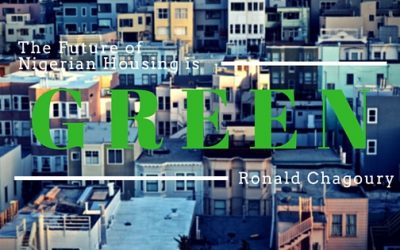 The Future of Nigerian Housing is Green

Nigeria currently faces a dire housing crisis. The challenge is for our government and the private sector to work together to develop a cost efficient way to meet the urgent demand for safe, affordable housing. The solution may well lie with technological developments in ecologically sustainable housing. Bridging the housing gap represents a $300 billion potential market opportunity, and sustainable technologies could make that opportunity a reality and benefit both the environment and working Nigerian citizens.